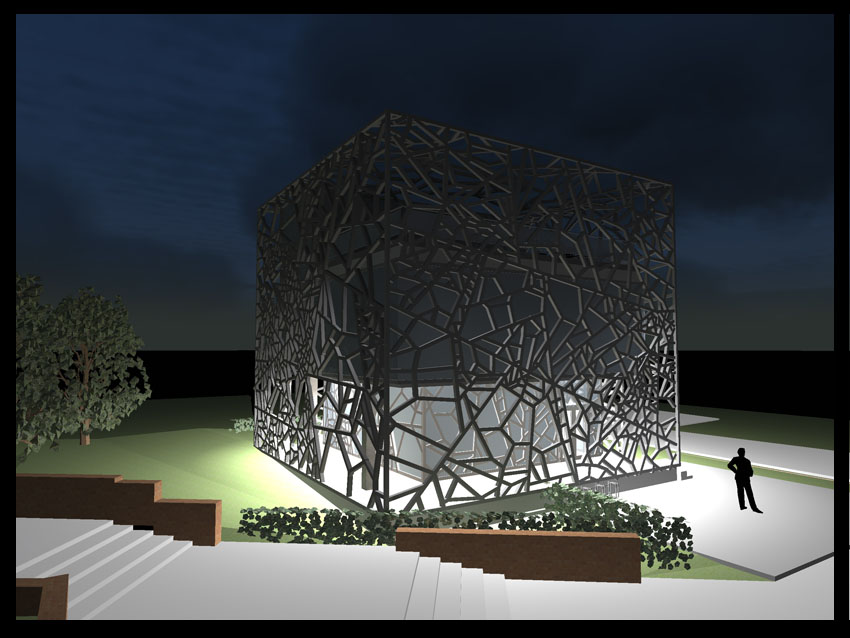 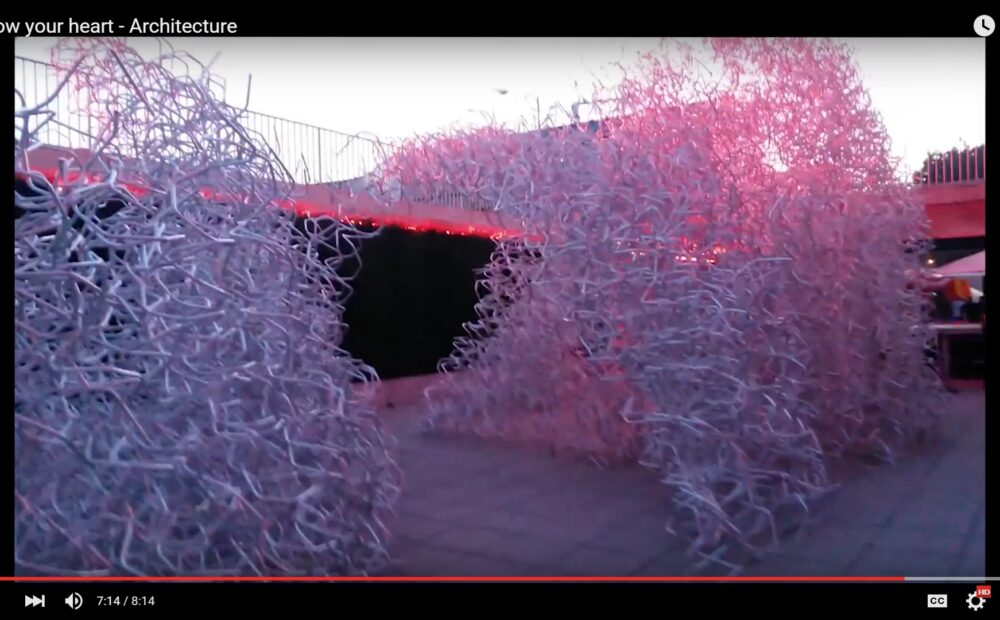 / The theory behind my film:

From a cinematographic point of view, I wanted to create a subjective perspective on the story behind the formation of an architect, through stimulating the imagination and the emotions of the viewer.

The movie uses an open form because it presents reality, shot in a spontaneous way, and goes in the direction of a documentary film. The images and videos are from my archives, so they are from my real life and they are not previous directed for this film.

I was inspired by the article “Documentary Storytelling: The Drama of Real Life”[1] written by Sheila Curran Bernard. She explains a good way in which a documentary film can be made without leaving apart the kind of movie Hollywood would make.

She presents the fact that we can “tell a chronological story, but not necessarily in a chronological order”. With other words, we can change the order in which we show the events in our movie but we should be careful not to imply then other meaning or to change the real story.

I decided in my movie to show the most events in a chronological order because my film uses the technique of “a story within a story”[2]. It starts with me, writing a letter to my brother Danila, so the action is taking place in the present time. But the letter is about how I become an architect and in fact this whole narration wants to generalize a way, in seven steps, for people who desire to follow this sort of vocation. So in the next sequence the story goes back in the past and continues lineal till to the present. An example which also motivated me in this direction, is the video “piscina Vizcaya”[3], made by Estudio Luis Urculo, in which a child presents by voice a legend, but in the same time a building is brought forward in the visuals. The same thing happens in my movie, my voice narrates the letter, but the images show my past experiences.

Another example which inspired me to make my history public, is the video called “Animation La maison des jours meilleurs”[4]. This short film uses the archival photographs and computer graphics, in order to show how this piece of architecture was made. So I decided to use my archives, in order to tell my story, combining the old by applying the new technology of a movie making, for example different effects for the sound or image or for the audio or video transitions.

Sheila Curran Bernard states in her article the following: “If you give away too much information too soon, important details will be lost or their significance missed. Like a good dramatist, you want to introduce characters and seed information in a way that allows the viewer to anticipate the story and its tensions, and ultimately, to resolve them, hopefully before the film does (allowing the viewer the satisfaction of “getting it” and enjoying what’s known as an “aha!” moment).”

I took notice of this observation and decided not to reveal from the beginning to whom I am writing in fact the letter. The viewer knows the name of the recipient but he does not know in which way I am related to this person and why I am writing him this letter. The viewer anticipates the answers and in the end his ideas may or may not be confirmed, but at least the tension exists and the curiosity makes the viewer watch further the movie, in order to approve his beliefs.

In this case the short video “The Power of Words”[5] made by Purple Feather, a Glasgow based company specialising in Online Media Content, demonstrates Sheila’s theory. A young woman passing by a man, who is panhandling, changes the text the man wrote, in order to get some money, but we do not see what she wrote. The man has success and we do not know why. This makes us watch the whole film in a tension to find out the answer. In the end we see what the lady wrote and we are happy about it, because we have achieved our purpose.

I say that my movie is a kind of documentary because I adapt the principles of classic three-act narrative structure to the randomness of real life. As Sheila Curran Bernard describes that “Documentary filmmakers, no less than dramatic screenwriters, strive to tell strong, often character-driven stories that have a beginning, middle and end, with something at stake, rising tension, and a narrative arc that keeps viewers actively engaged”, so I am. The first act is about the protagonist’s desire, in my case, the moment I decide to become an architect. Here are also introduced the characters and the world of the film is established. The second act shows the period of struggle and the obstacles to my goal: the admission exam, the fee, the critique. It is all about “the long and winding road” or the inciting incident. At this moment the protagonist begins the quest to restore equilibrium to his life. The last act reveals whether or not the main character achieves his goal. It is answering the central question. Because my movie is a story within a story, the three-act principle applies to the part where I present my quest to become an architect. The part about the letter can be also described in this way, but we never find out Danila’s answers. This narrative structure in form of questions, in the end, is used in fact to encourage the viewer’s participation. We see my quest and then I ask my brother about his, but actually the questions make the viewer identify themselves with Danila and think about their own pursuit.

The conclusion is that practically I do not have a precise resolution in the end. My final is open and the viewer is free to imagine his own ending. We do not know if I become a great architect but we can just make some assumptions and the same happens with Danila.

The first publishing source of the project: